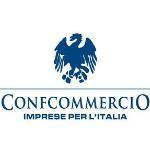 In the past month of September Confcommercio Consumption Indicator (CCI) rose by 1.1% in trend terms, while it fell by 0.1% from the previous month highlighting the likely exhaustion of the recovery phase of household consumption which had peaked in the summer 2011. Compared to the same month last year both the demand for services (+2.7%) and for goods (+0.5%) grew. Particularly favourable evolution continues to affect the sector of goods and services for communications (+11.7% compared to September 2010), especially for household ICT whose application is encouraged by the introduction of new products as well as by a trend towards lower prices. Significant reduction in purchases of clothing and footwear (-3.9) by households, a sector for which 2011 stands out as a particularly bad year. With regard to mobility the downturn in demand resumed. Down especially purchases of cars and motorcycles by individuals, while demand for leisure goods and services has shown, after seven months of progressive growth, a decrease of 1.3%. Finally, the trend of food consumption remains critical. As for prices, for the month of November it has been estimated a conjuncture variation of 0.1% in the consumer price index, as confirmed by the 3.4% trend rate of inflation. Price increases recorded in October led to a revision of the estimate for 2011 from 2.7% to 2.8%.